As I begin this blog post my screen is desolately blank and I’m wondering how I can possibly encapsulate my week in beautiful Victoria, British Columbia. It really has been a whirlwind.

I left Bloomington at 1am on Friday, June 1st. Neil dropped me off at the Indianapolis airport to take on my very first solo flight (my only other air experience being in the eighth grade when my family went to Disney World, don’t judge). I was a little apprehensive: not for the zooming through the air part, but rather for all of the procedures involved. I curled up on a bench and slept for a few hours until I could check my bag, get my boarding passes, and get back to my gate. As it turned out, my initial flight to Chicago was delayed so my subsequent flight got switched to Calgary instead of San Francisco.

I arrived at the Victoria airport at around 5pm that evening. Taking the shuttle to the University of Victoria, or UVic, took another 45 minutes. At this point I was ravenous and discombobulated, though admittedly excited. After checking into my room at UVic I grabbed the map and attempted to locate a restaurant, which I eventually succeeded at (after passing the same jogger 3 times, he guided me to where I was trying to get to–located exactly opposite of where I was headed). And, happily sated, my adventure began.

The weekend was my free time so I was committed to making the most of it. On Saturday I headed to downtown Victoria and meandered. I literally just walked around until my feet were aching. I bought a bagful of vintage dresses and a hot waffle from a Belgian place. I hid from the rain when the weather necessitated it. Later that night I headed back, and on Sunday did it all over again. I caught a bus downtown, then hopped on the shuttle in front of the Empress Hotel that went to Butchart Gardens. A British gentleman with a fantastically posh accent narrated our journey to the northern part of Vancouver Island. At Butchart Gardens I took maybe a hundred pictures of flowers, bought postcards, people-watched.

I returned to UVic wiped out; I needed to get the key to my new room which I was sharing with my roommate Dorry, who had flown in Sunday like many of the DHSI folks. While registering for my new room I ran into a doctoral student who works closely with Katy and the Cyberinfrastructure for Network Science Center. (Turns out that was only one of the new IU people I would be meeting over the week… we should probably improve our institutional communication a bit!) Dorry, Scott and I all meandered down to Smuggler’s Cove that night, a little pub down by the harbor. Moderately overpriced I would say but a worthwhile atmosphere. DHSI people, recognizable not only by their lanyards and nametags but also the abundance of flannel, beards, and oversized nerd glasses, absolutely swarmed the place, fighting jet lag by knocking back beers with abandon.

On Monday, DHSI officially kicked off with a brief introduction from its charismatic leader Ray Siemens, who announced that DHSI was growing like crazy and had around 400 participants this year. As we sat packed in the auditorium like sardines it was obvious that each person was checking the next out. The participants were a mix of ages weighted toward the doctoral/grad student crowd (each trying to out-hipster the next) and there was a lot of excitement in the room as we amped up to begin our courses. When we were dispersed to our classrooms I started learning about GIS! I give an overview of the ArcGIS lessons that were included in this post on Info Apprentice, my internship blog. (If you’re intrigued and want to know more I recommend checking out Ian Gregory’s book Historical GIS.)

Overall, DHSI was much better than I expected. Don’t get me wrong, I didn’t have poor expectations of DHSI but as you probably surmised from reading my previous post, I was pre-exhausted by it. I viewed it as a disruption that could possibly be useful but might only end up being something that looked good on my CV later on. I wasn’t sure how I would fit in to the culture, whether any takeaways would be there for me. This was my first multi-disciplinary conference and I came into feeling like a DH fraud; in my spring digital humanities class I had picked up some of the theory, but really, what did I know?

As it turns out, DHSI was really refreshing–I daresay exclamation point-worthy! I feel like it helped me to see the big picture of digital scholarship, with its many facets and issues and perspectives. This was helped by the fact that so many of the parties involved were represented: humanities grad students, professors, and administrators; LIS grad students and librarians; those in information technology roles. I appreciated this diversity of participants because coming in, I had eagerly anticipated being able to hear what actual digital humanists are doing. I am not a digital humanist but I do view myself as a technologist, facilitator, and project manager, so hearing what DH-ers want and need is fascinating to me.

Talking about alt ac was a big component of DHSI, and particularly the unconferences. I met librarians without an MLS and library school grads working outside of libraries; doctoral students working on digital projects on the sly because their advisors don’t approve; administrators tentatively open to the idea of DH in the academy but unsure of how to evaluate digital work. To sum it up, there are a lot of people/ideas who don’t fit neatly into the boxes that institutions would love to place them in and that aftermath is being navigated at every level of the academy. More and more people are taking jobs that are newly created, outside of their field, otherwise nontraditional. Because of these gray areas and diverse skill sets, an overarching theme of the unconferences I attended was uncertainty… for the jobhunting crowd, uncertainty about how to structure an education, manage their personal brand, focus their energies. For the employed, uncertainty about how to get rid of information silos as pertaining to digital projects, build DH centers, become open to digital projects in the humanities without abandoning the tenets of “traditional scholarship.” I find it all awfully exciting, I must admit! I also attended a thought-provoking unconference session on DH and its role in libraries. I am planning to write my next HackLibSchool post in late June on DH and libraries because I think the issues involved are quite germane to this next batch of librarians and information professionals. Stay tuned for that.

I definitely want to encourage anyone who reads this and thinks DHSI sounds interesting to GO, for reals. DHSI has a wonderful tradition of offering scholarships to attendees, particularly those going for the first time, so check the DHSI website around October-November to apply. I am very happy to have gone and may just try to return next summer, depending as always on money and the influx of spring and summer conferences in and around Indy. DHSI makes for a busy week but it’s filled with an infectious, palpable energy, this feeling that change is being created then and there, enacted by bold, passionate people brimming with ideas who take the resulting collaborations back to their own hives. Good stuff. You should go.

Now that I’m back in Bloomington reflecting on DHSI, the whole experience has blended into a fuzzy wave of images and feelings… The triumph of navigating a city by myself and returning home exhausted. Dodging the prickly-soft tent caterpillars coating the sidewalks. Bleary-eyed breakfast networking as everyone ate yogurt and fruit cups while I dug into syrupy pancakes and bacon. The chill of the wind off the ocean. Childlike delight when the sun peeked out and I got to pop my eclipse glasses on to inspect the Transit of Venus. Wondering each time someone opened their mouth at an unconference session: will this be raw insight or navel-gazing pontification? (50/50 shot.) Greasy fish and chips on a slippery rain-coated dock. Running into Char Booth in the hallway at UVic and coming to the conclusion that we MUST have a cosmic conference connection. This Wisconsin girl’s awe at hearing British/Irish/Australian accents (in real life! not on TV!). Butchart Gardens  and the creeping feeling of becoming desensitized to its beauty as I roamed around, bloom after bloom. Pained pockets at Victoria’s high prices. The persistence of thoughts like, Am I getting enough out of this? Should I be doing more? Should I be introducing my most vibrant and impressive self to X, Y, and Z? before realizing, nope, better take a nap now before I crash hard. 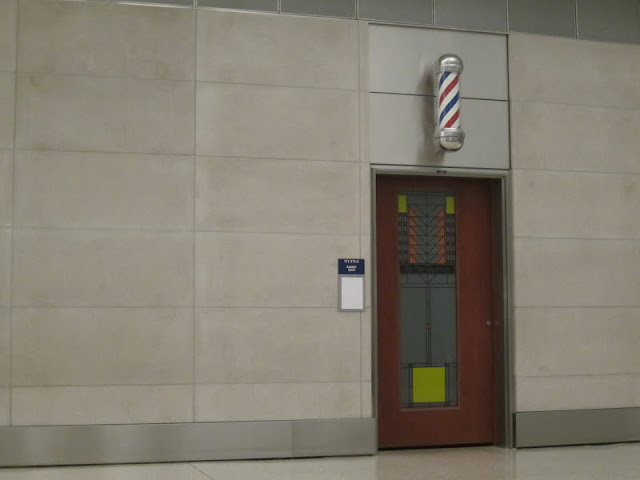 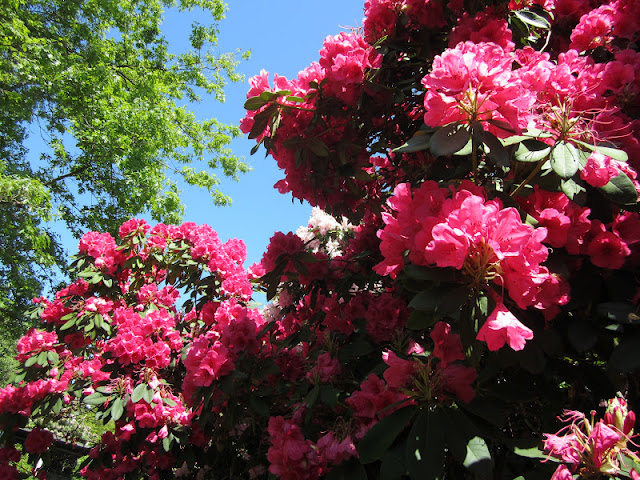 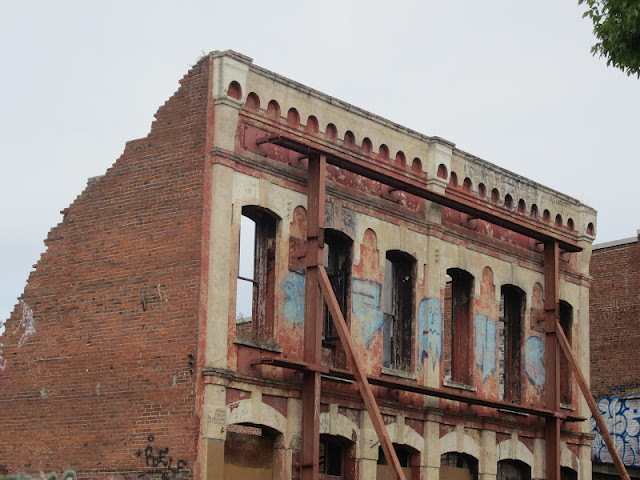 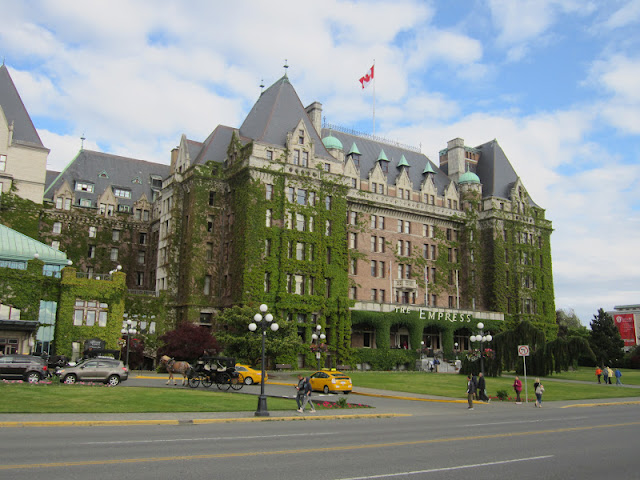 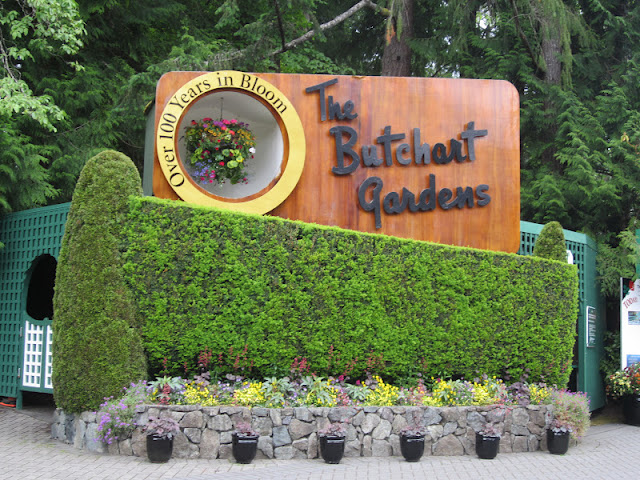 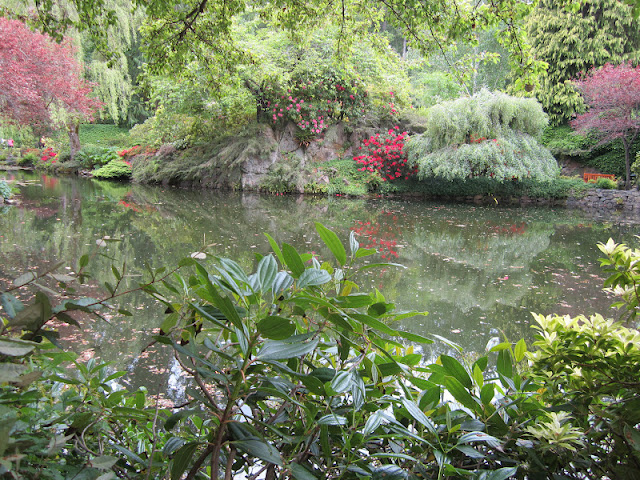 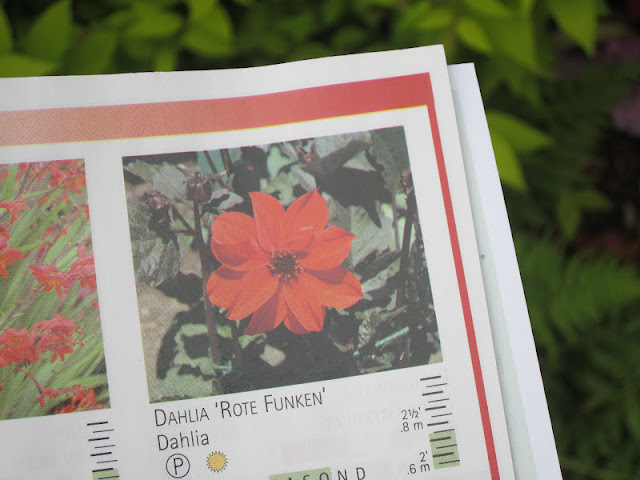 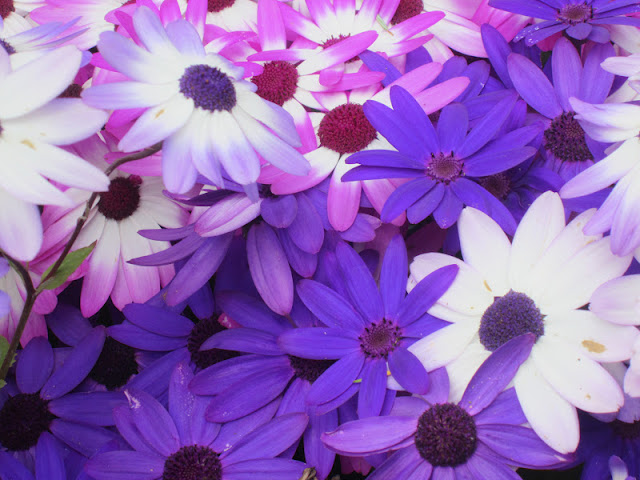 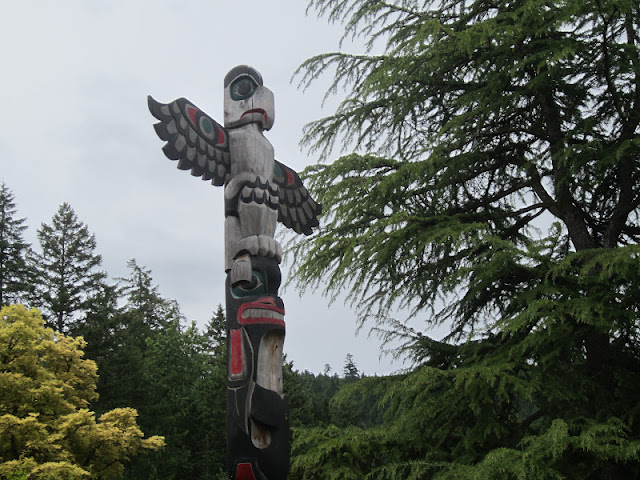 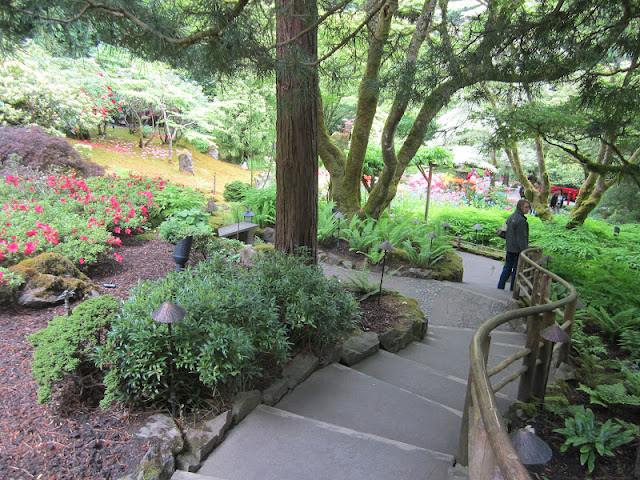 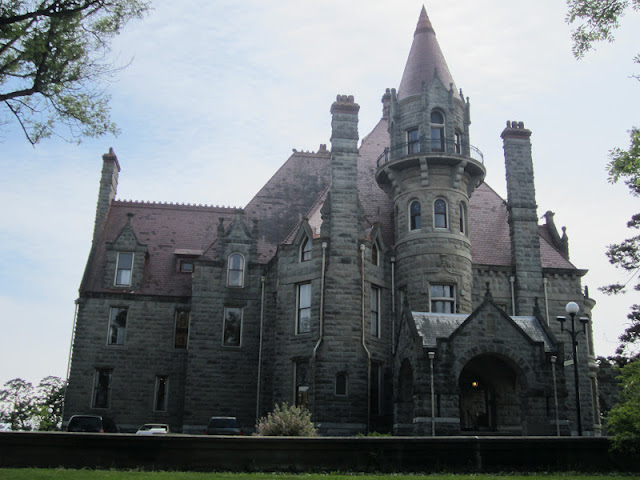 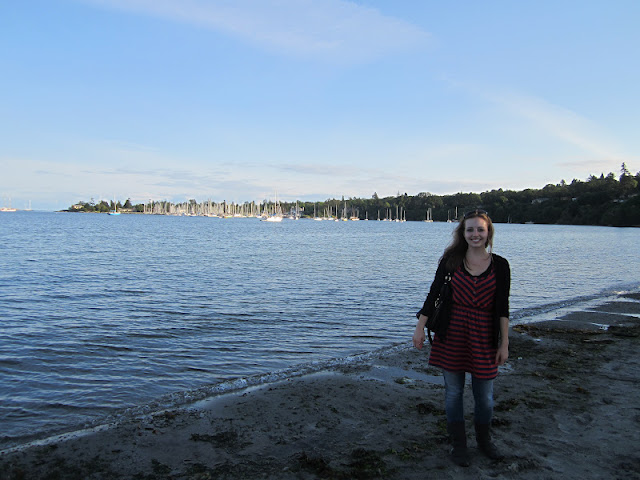 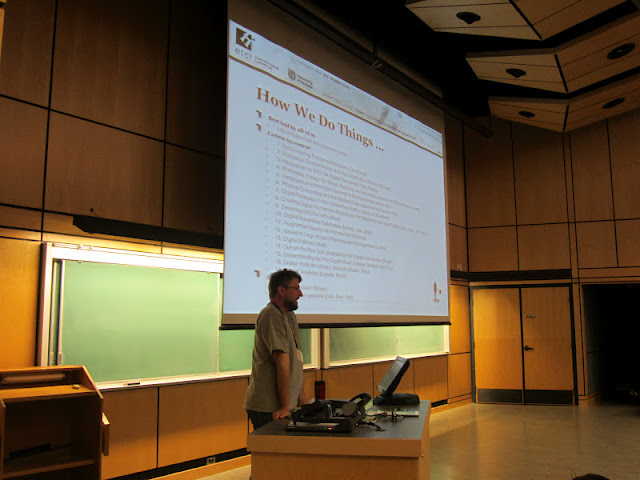 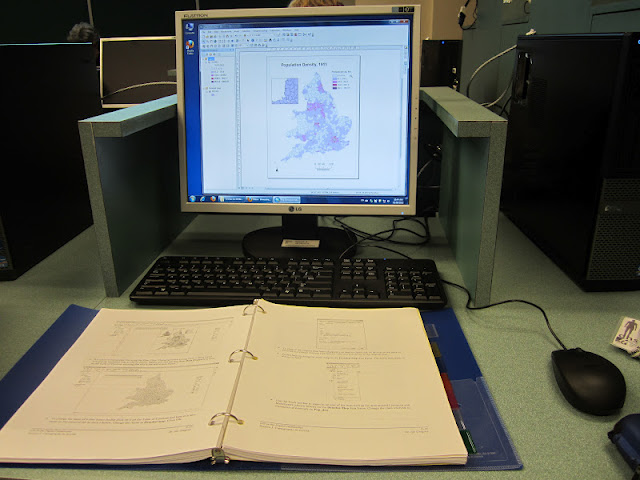 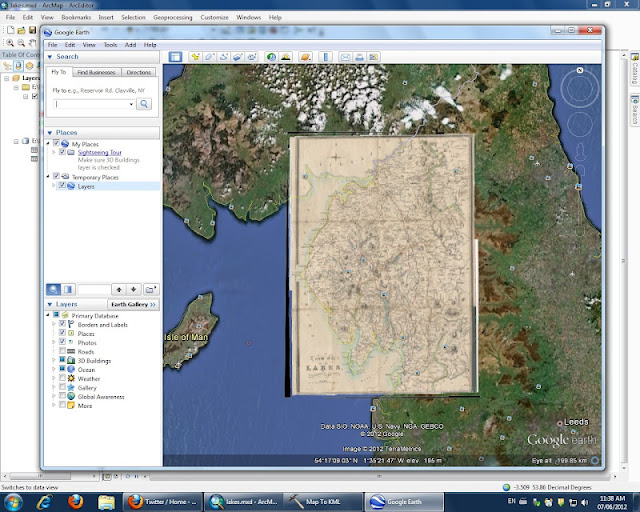 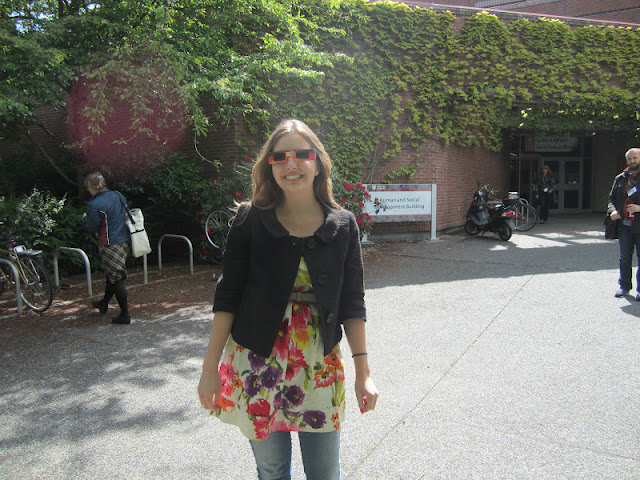 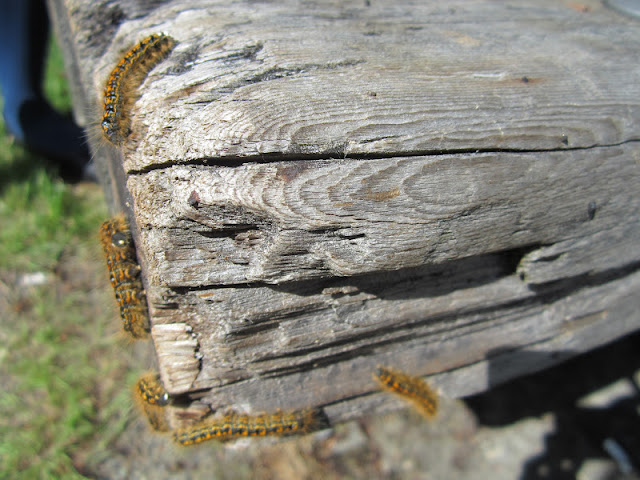 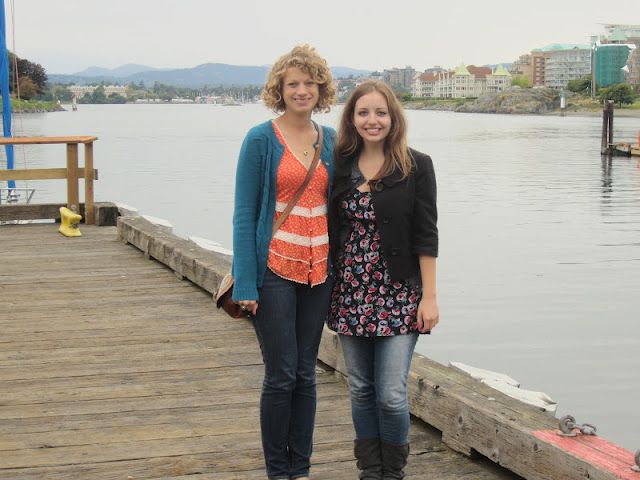 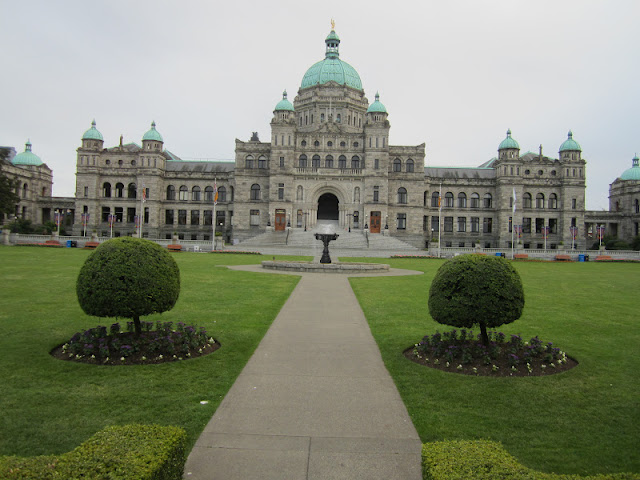 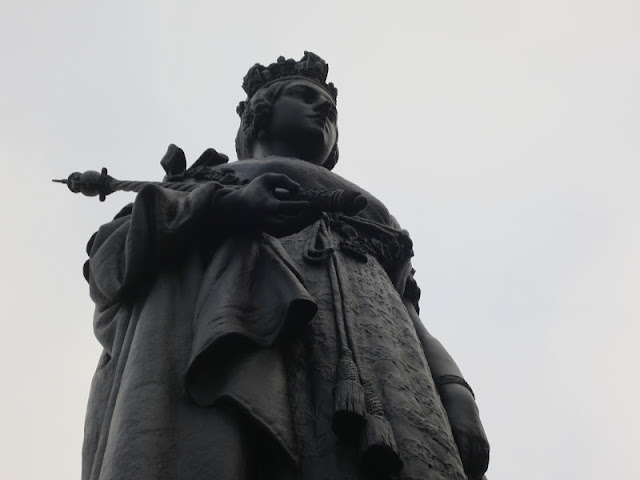 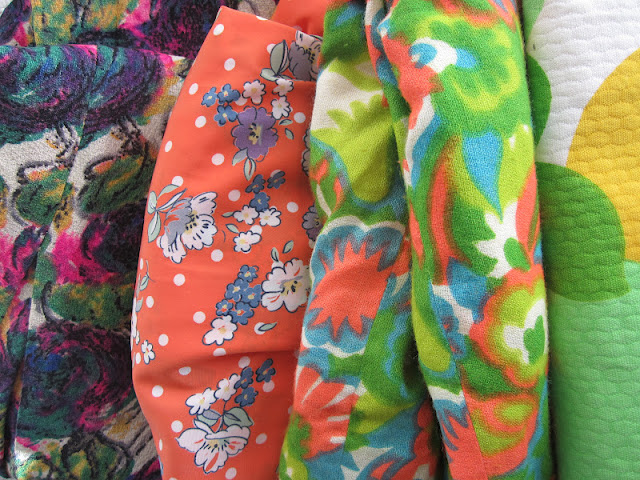 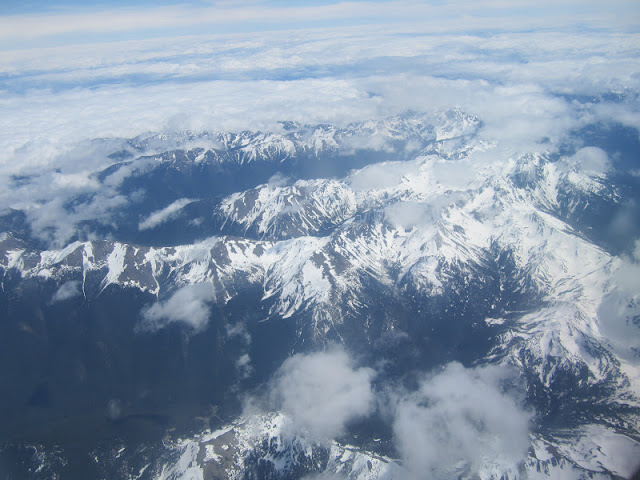 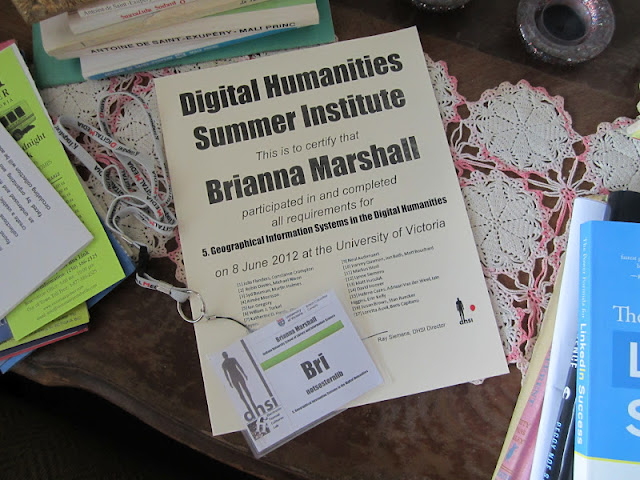